Rob is honored to have been recognized and named to Business North Carolina’s Legal Elite for Intellectual Property and North Carolina Super Lawyers.

Peer recognition is also reflected in Rob’s election to the Board of Managers for the Carolina Patent, Trademark and Copyright Law Association and to the Council for the Intellectual Property Section of the North Carolina Bar Association. Rob has also been invited to present CLE programs on a variety of intellectual property topics, and he is a frequent speaker and lecturer. Rob is a published author, and his By The Book: A Simple Copyright Compliance Method for Musicians and Music Professionals has become a leading and indispensable guide in its field.

Active in the Episcopal Church, Rob served on the vestry and as senior warden of St. Luke’s in Salisbury, as a trustee of the St. Luke’s Foundation and as a delegate to the North Carolina Diocesan Convention. He currently serves as a kitchen volunteer at Christ Church in Raleigh. 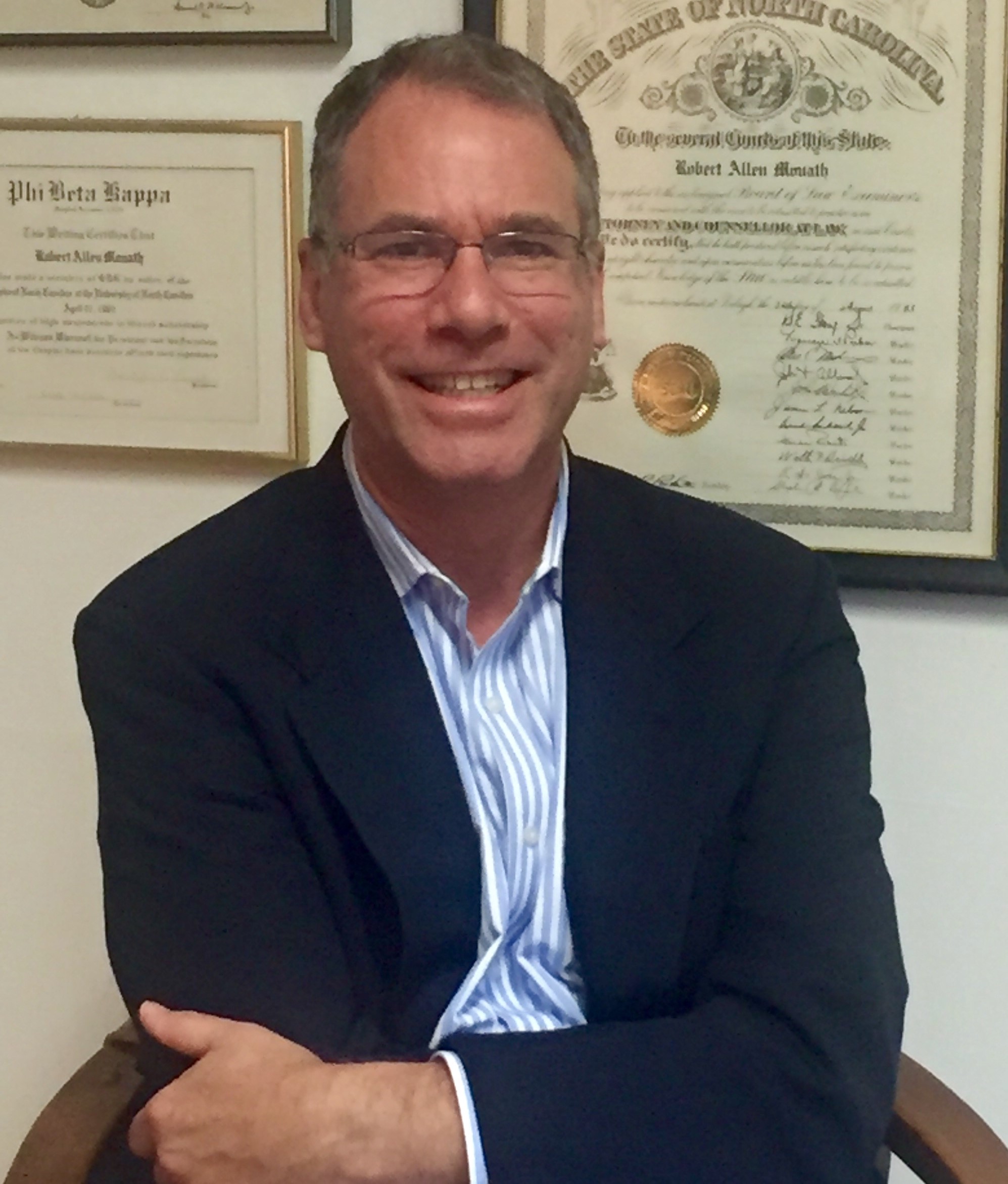 When a Business Uses Music — When are Music Licenses Needed and What Legal Issues Should be Considered?, presented as a live webinar through Strafford Publishing. Summer 2020. Atlanta, Georgia.

Advanced Topics in Publishing and Copyright Law, presented as a series of seminars to the faculty, students and staff of Texas Christian University School of Music. Winter 2019. Fort Worth, Texas.

IP Issues for Local Governments, presented as a live webinar to the membership of the International Municipal Lawyers Association. Summer 2018. Rockville, Maryland.

Protect Your Brand and Protect Yourself, presented to the Outer Banks Chamber of Commerce. Spring 2018. Kill Devil Hills, North Carolina.

Creating and Preserving Valuable Rights in Products, Brands and Proprietary Content:  The Critical Role of the Business Attorney, presented to the Business Section of the North Carolina Bar Association. Winter 2017. Pinehurst, North Carolina.

Copyright Issues in the Digital Age: Practical and Legal Issues, presented to the National Association of Schools of Music. Fall 2009. San Diego, California.

Chamber of Commerce of the Outer Banks

Take Our Daughters and Sons To Work Foundation

Terminated and re-licensed the copyright to one of the most widely performed hymns in the world.

Developed and implemented an integrated trademark-copyright-ordinance protection regime for restricting unauthorized use of a municipal seal.

Prepared a joint venture agreement between an arts organization and a public television station for a program series.

We have been actively engaged in dispute resolution including federal copyright and trademark infringement actions, trademark opposition and cancellation proceedings, mediation, cease and desist notifications, and domain name dispute proceedings.

Resolved a trademark cancellation proceeding for a national food product mark through entry into a trademark license and co-existence agreement.

United States Court of Appeals for the Fourth Circuit